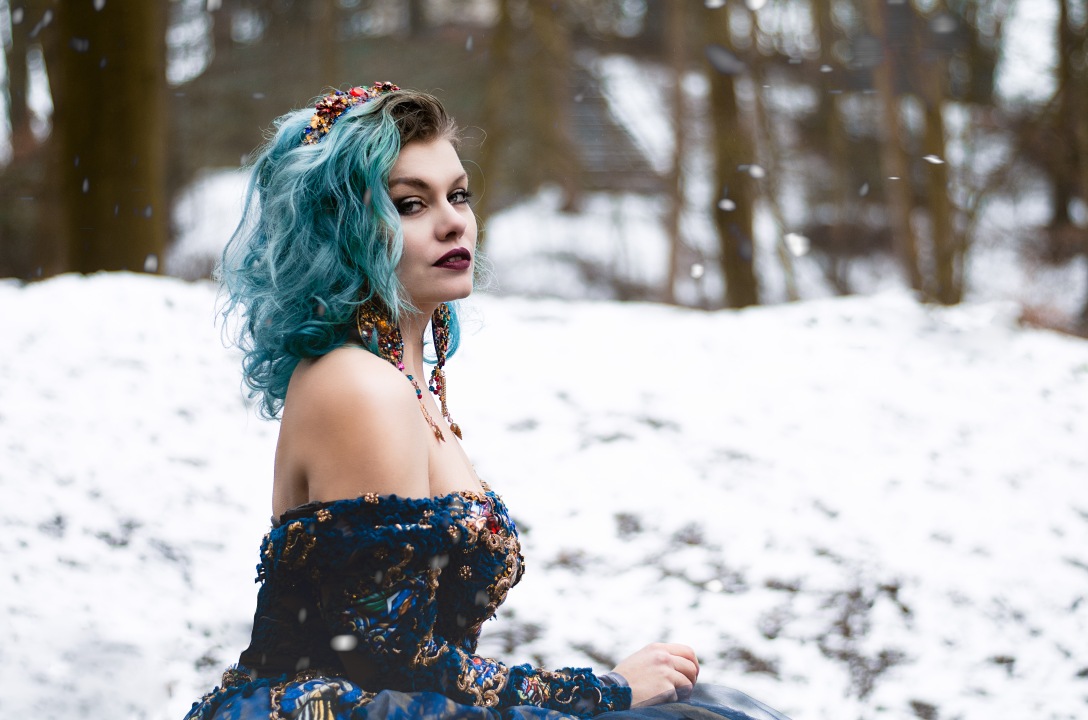 25th of January, I met up with Marije Dijkema in Rijswijk to pick up a dress we rented at Holland Dress Rental.
It’s a beautiful royal blue gown made by Helena Lee Way with golden and painting-like details. They delivered two types of headpieces. One very large, a little clumsy, empress-like piece, and one more subtle, sweet crown.

After picking up the dress it was about 30-minute ride to the location, Marije knew from a previous photoshoot.

We started out with me photographing Marije. I got her to wear the smaller crown as I loved the subtility of it and would keep the focus on the dress and her face. I really liked the larger headpiece too, but it didn’t fit de concepts I had in my mind that well.
Nevertheless, I’m happy Marije decided to use it on me!

The location had this really nice little doorway, feeling a little hobbit-like, under a small moss hill. Due to the snow, however, there wasn’t much moss to find.
First I set Marije up on the left side of the little tunnel. Eventually, I didn’t end up using those photo’s as I messed up the framing a bit so it all looked a little wonky, in composition.

After this, I moved her over to just in front of the tunnel and made her look over her shoulder. The poofyness of the skirt wasn’t very flattering, but when I got her en profil it looked way better!

Next was her next to the tree, sitting on a plastic bag so she wouldn’t get too wet. The background was a lot calmer and framed her nicely.
The tree is a leading line to her face as well as the little hill-steps on her left side.

In the landscape photo, I removed some snow-less parts in order to have the surroundings be calmer, and because I just liked it better that way. Fewer distractions. 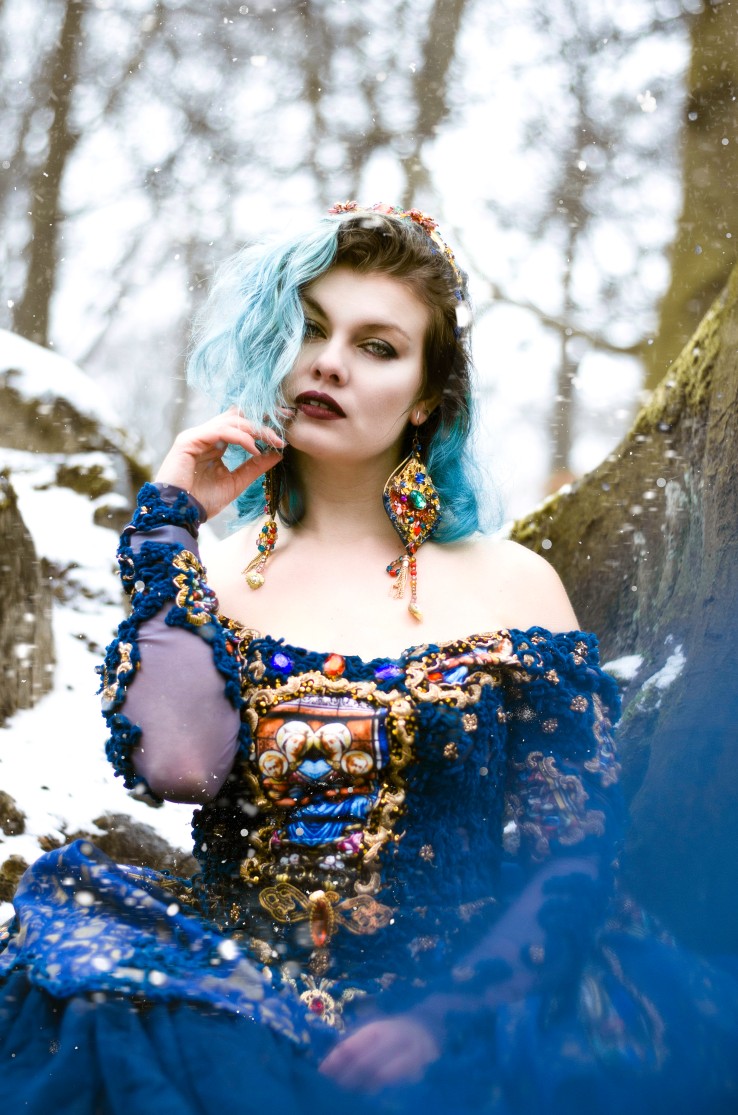 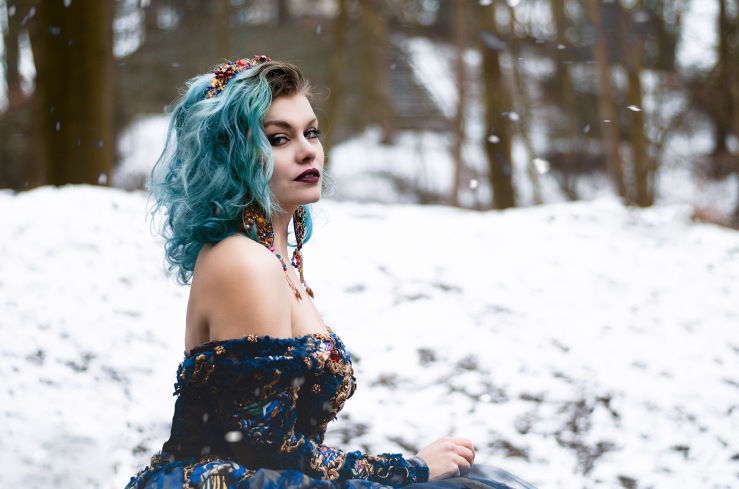 1/500 – f/1.8 – ISO 200
After I photographed Marije we had a little break, had some lunch and then it was my turn! Here is one of the results of her photo of me, others can be found on her Instagram. 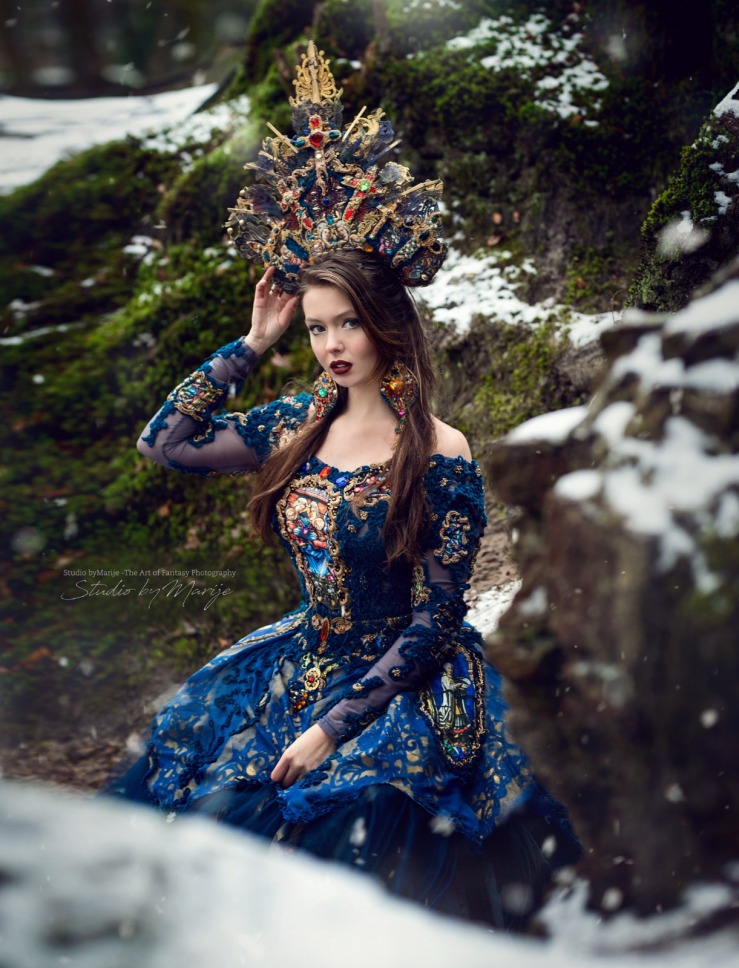 Let me know what you think of the photo’s! Did you have photoshoots in the snow? 🙂

Check out Marije her video of our photoshoot here!!